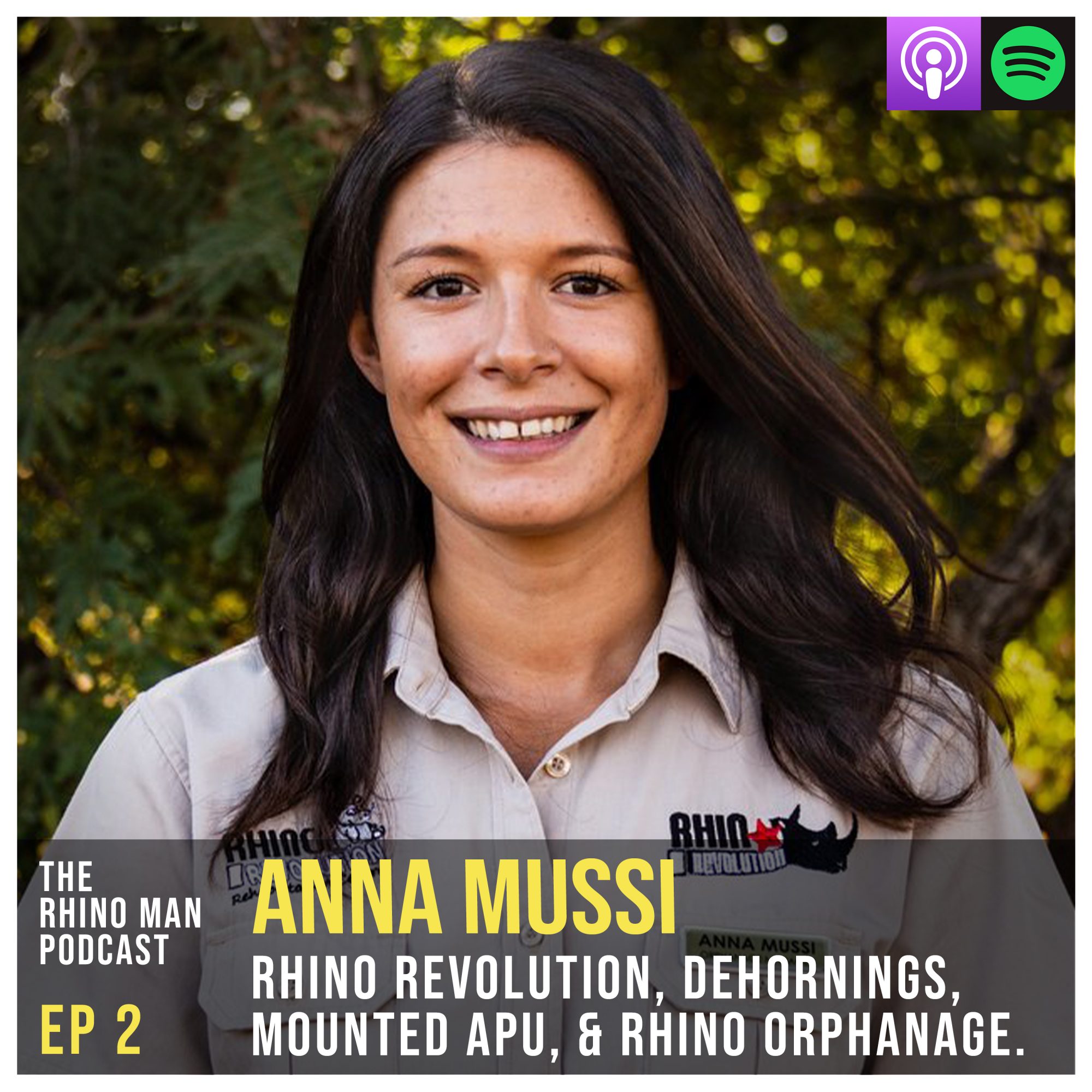 In this episode, I’m chatting with Anna Mussi, the manager of Rhino Revolution. Anna is originally from the UK, and has been in South Africa since 2010, where she originally worked with African Dream Horse Safaris. In 2014, she started work with ProVet Wildlife Services, and four years later she joined the Mounted Anti-Poaching Unit at Rhino Revolution.

We talk about Anna’s background in horse racing, her journey to South Africa, all of the wide ranging work she’s been involved with in conservation, and the efforts of Rhino Revolution including anti-poaching patrols, rhino dehornings, and rehabilitating orphaned rhinos. Anna’s story is an inspirational tale of what it looks like to follow ones heart.