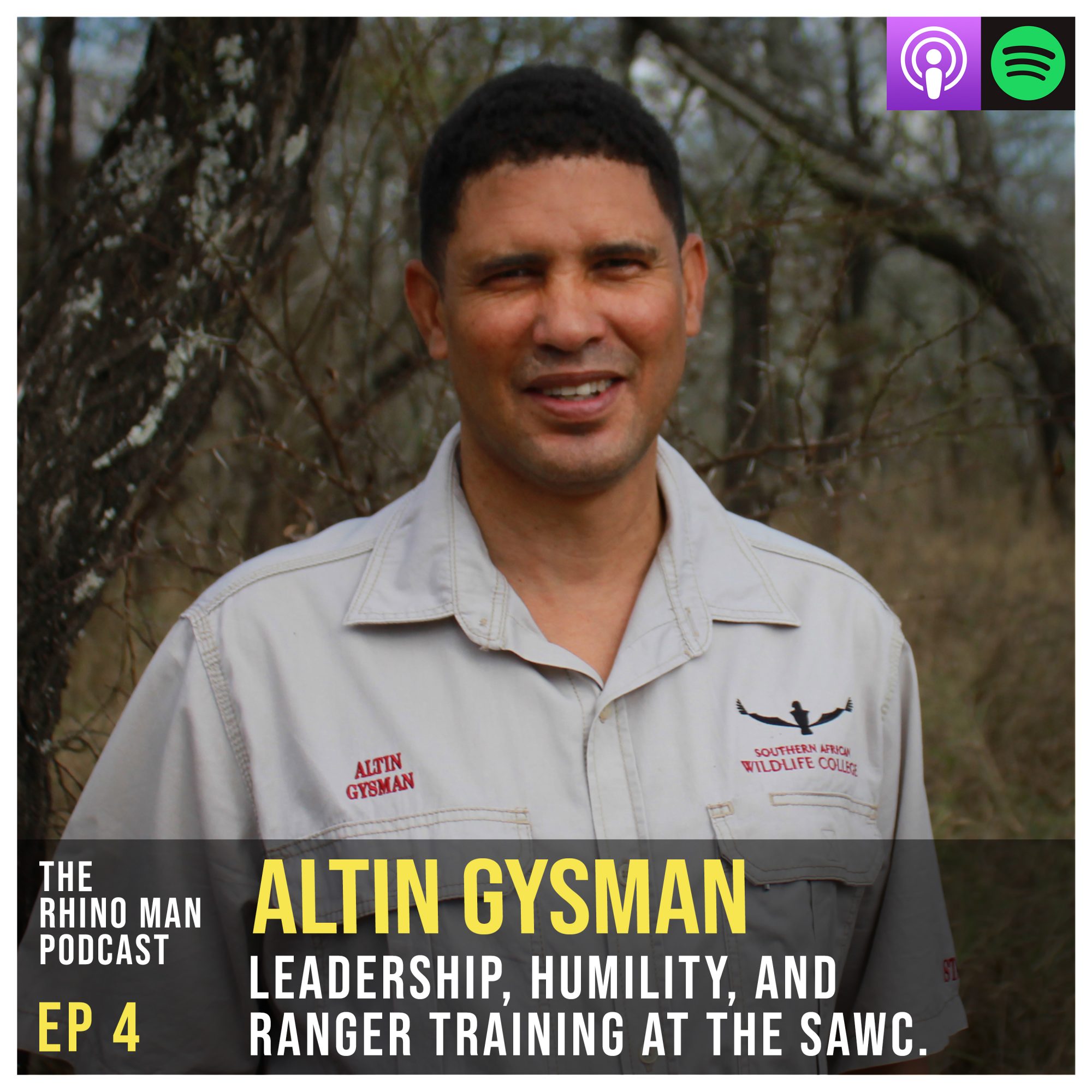 In this episode, I’m talking with Altin Gysman. Altin was born in the Eastern Cape, and worked his way up to Lieutenant Colonel in the South African National Defence Force. In 2018, he joined the Southern African Wildlife College as a Senior Course Leader, and now he is the Head of the Protected Area Integrity Unit/African Field Ranger Training Services.

In this chat, we talk about Altin’s military background and how that has influenced his current role in training rangers. We dive deep into the many jobs of a ranger, the vast set of skills taught at the Wildlife College, and the role of Project Braveheart. We also dig into what it takes to get through a ranger selection program, similar to the one featured in our film Rhino Man.