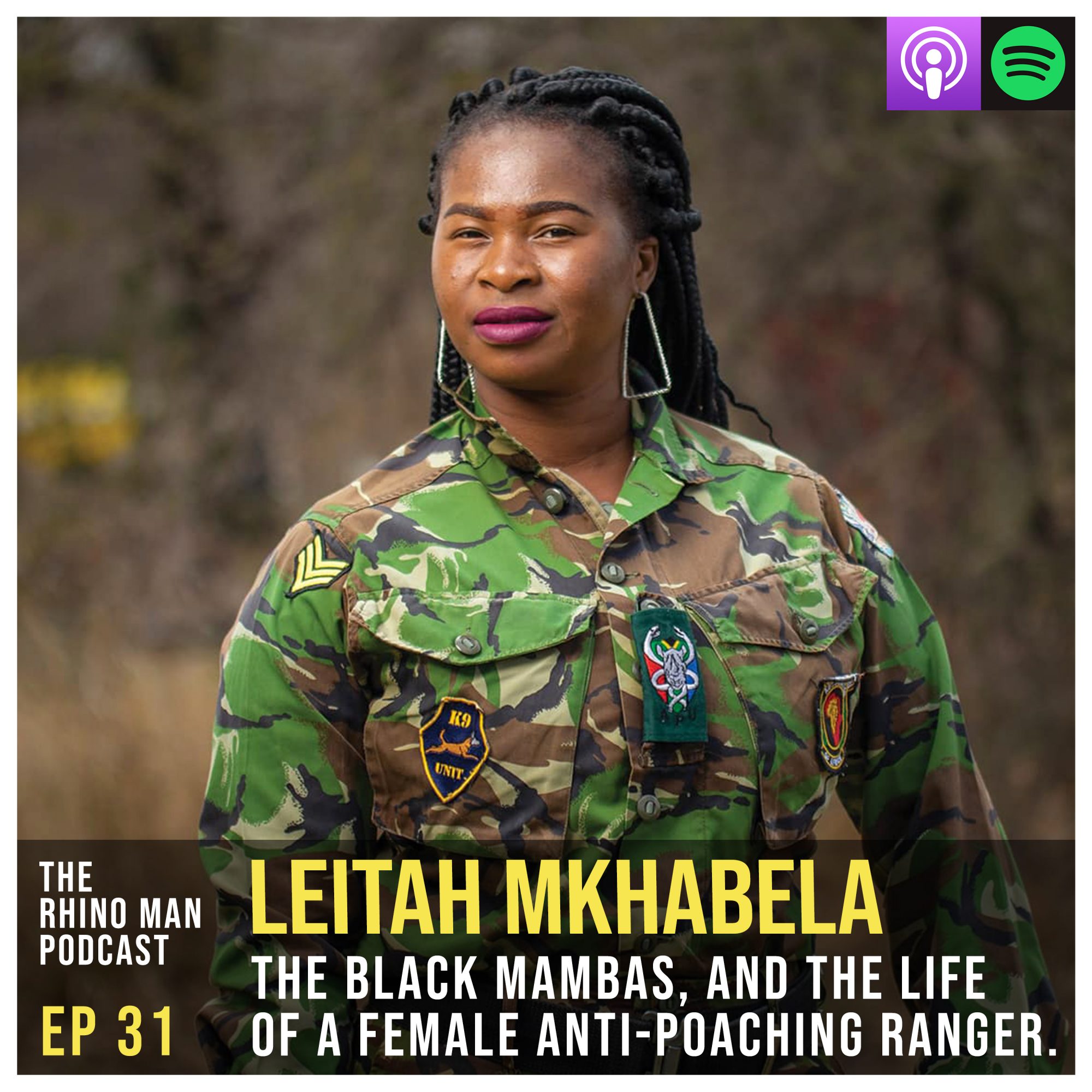 In this episode, I’m talking with Leitah Mkhabela. Leitah is a Supervisor and Media Officer for the Black Mambas. Founded in 2013 by Craig Spencer of Transfrontier Africa, the Black Mambas are South Africa’s first all female anti-poaching unit. They operate on the front lines of the Balule coalition of private game reserves on the western border of Kruger National Park. Leitah started her career as a Black Mamba in 2014. In 2020, she received a Ranger of the Year award by The International Paradise Foundation in China.

In this conversation, we talk about Leitah’s blossoming love for wildlife as a teen, her decision to become a ranger for the Black Mambas, and the challenges she faced from society as a woman going into this field. Leitah dives into her growth as a ranger, the dangers rangers face in the field, and the reasons the Black Mambas patrol in the bush unarmed. We go into depth on the role of a ranger, community engagement, and advice for women in conservation. We even talk about our dear friend, Leitah’s cousin, the late Anton Mzimba of the Timbavati—how he motivated Leitah and what it means to pick up the torch and continue his work.